Unsure about if this product suits your needs?
Let AskSARA guide you 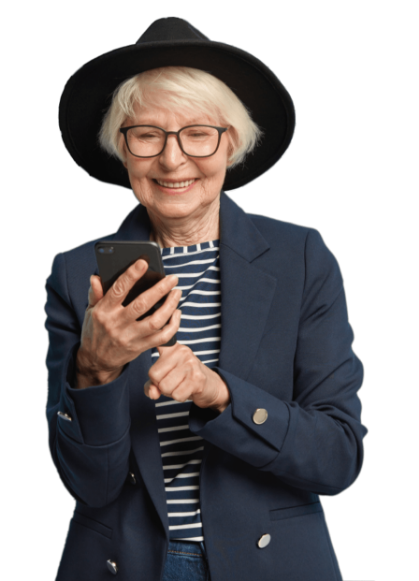 This section includes scissors with assistive features. They are suitable for adults, children or both.

Kitchen and household scissors can be used either for cutting food, crafts such as cutting paper, dressmaking and embroidery, or household tasks like opening tray packaging. Included are scissors with soft touch and/or enhanced grip, long loop or extended loop scissors, self-opening scissors and scissors for left-handed use. Most are available in rounded (which are safer) or pointed blades (which are sharper).

Table top scissors have a small stand (often with a slip-resistant base) and are operated by pushing down to depress the handle. They can be used with one hand only and may be useful if you have tremor or difficulty with fine movements. Many table top scissors can be changed from handheld to table top use as the scissors slide in/out of a separate base. Table top scissors are self-opening with a spring which automatically reopens the scissors after each cut or when pressure is released. They can be operated with the whole hand, not just the fingers, making them a possible choice if you have a thumb injury or reduced grip. 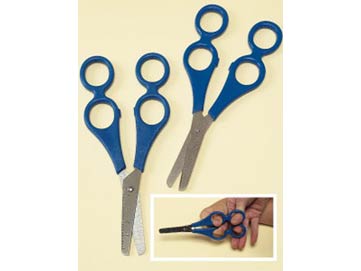 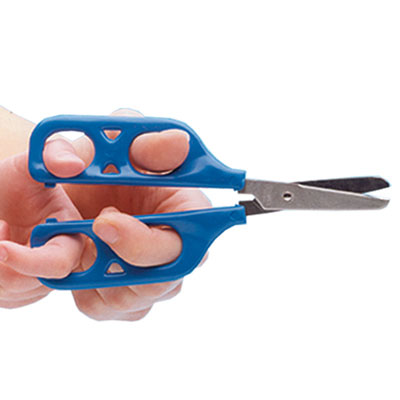 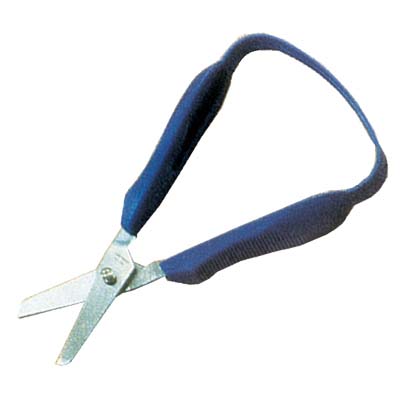 Easi-grip Scissors
Scissors with moulded nylon handles forming a continuous loop, which acts as a spring to open automatically after each cut. Comprises: stainless steel...
FIND OUT MORE 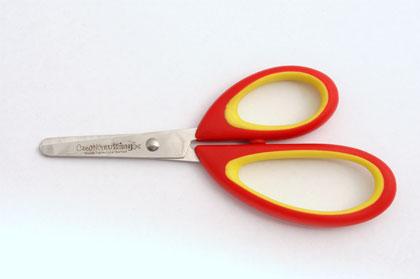 Long Loop Aid Scissors
Long looped scissors for children to fit the whole hand in when cutting. Comprises: made from ABS plastic; colour coded for right and left hand use. O...
FIND OUT MORE 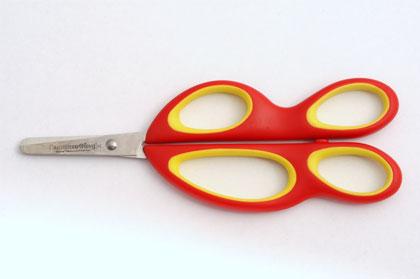 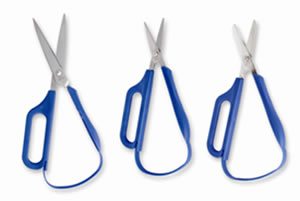 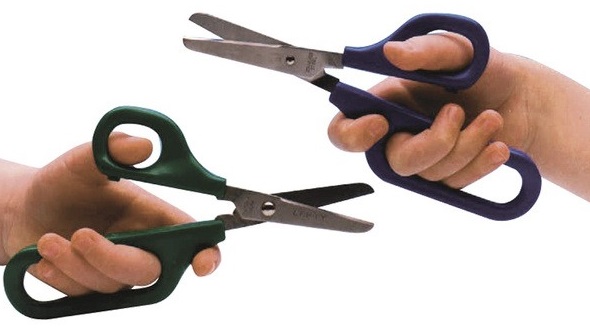 Long Loop Scissors
Scissors which have one standard sized loop and one extended loop. Long loop handle allows the strength of the middle, ring and little finger to be us...
FIND OUT MORE 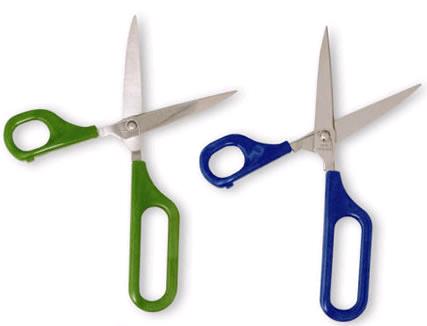 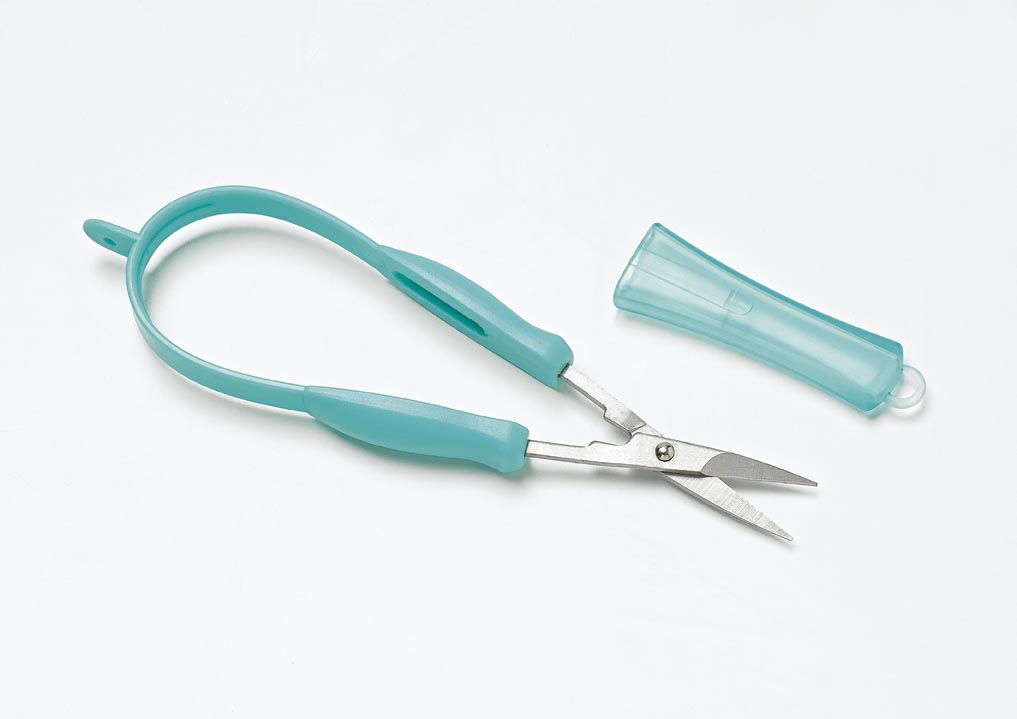 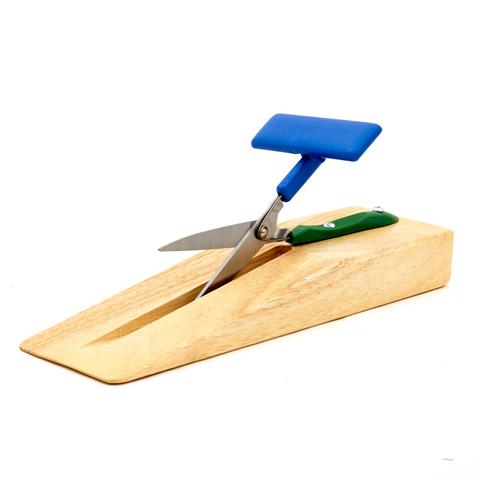 Mounted Table Top Scissors With Wooden Base
Self-opening scissors fixed on to a wooden base. Comprises: wooden base with Dycem strips to give slip-resistance; stainless steel, sprung blades; 'T'...
FIND OUT MORE 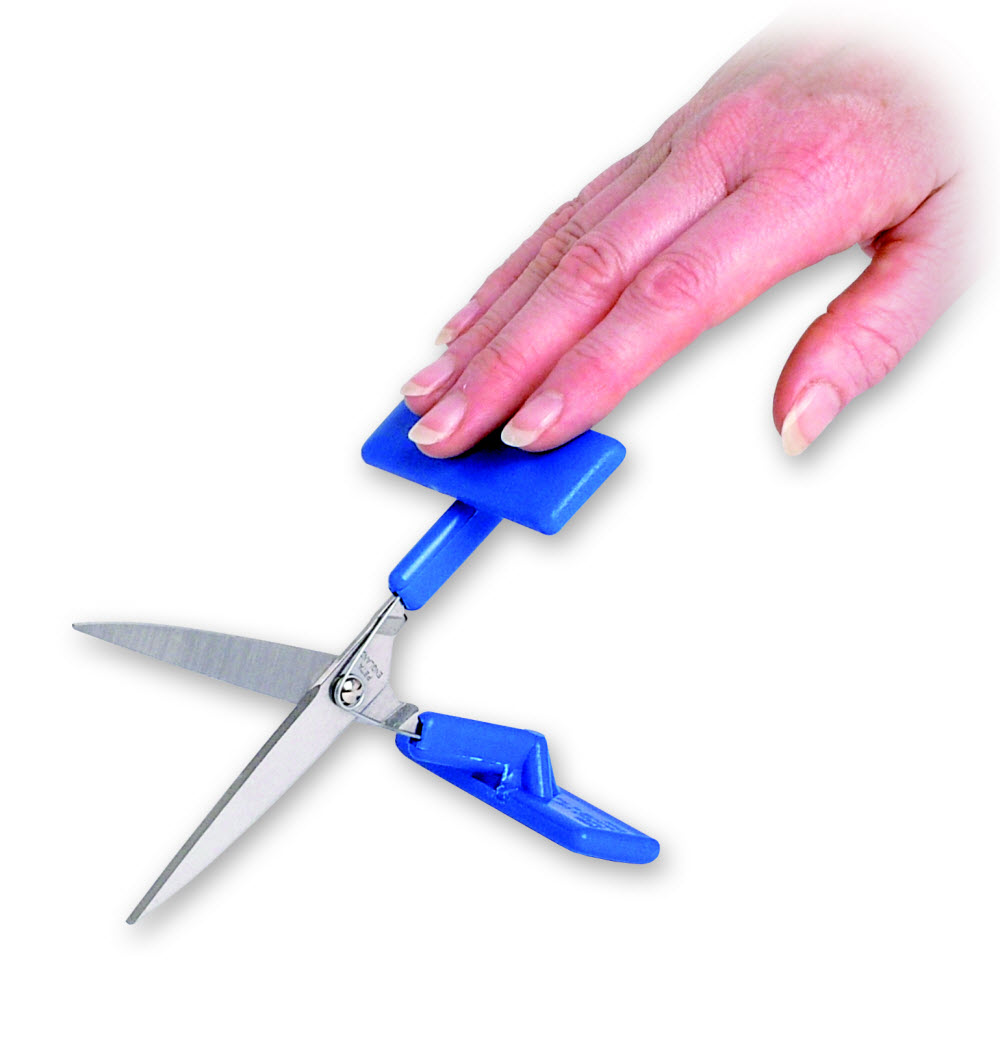 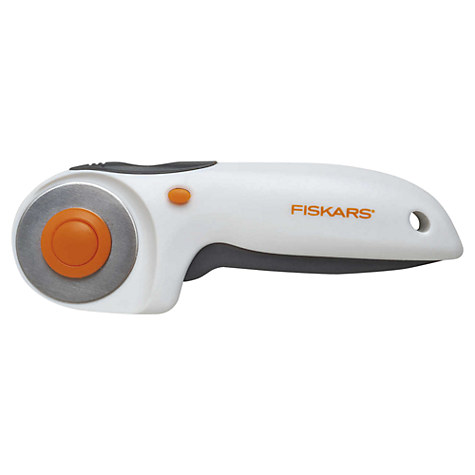 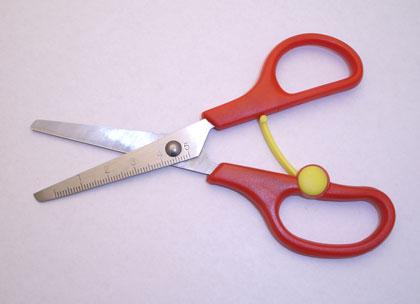 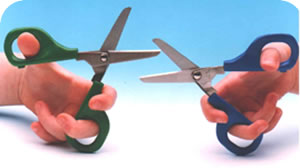 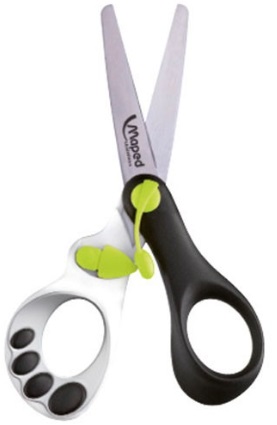 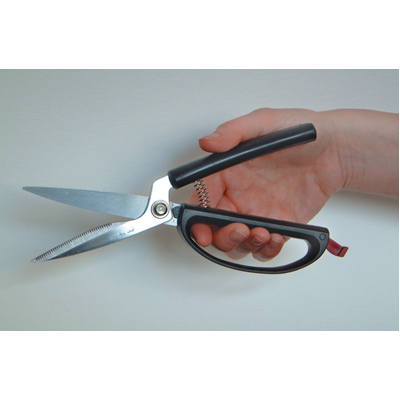 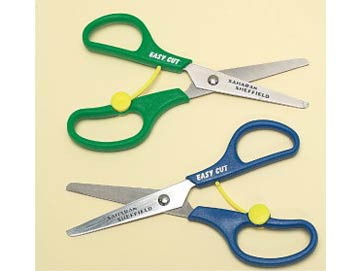 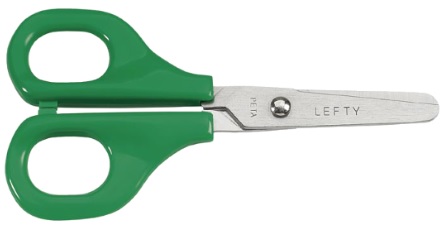 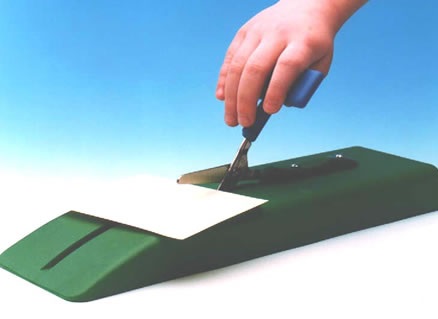 Table Top Scissors With Plastic Base
Self-opening scissors fixed on to a plastic or wooden base. Comprises: base with rubber slip-resistant underside; stainless steel, sprung blades; 'T' ...
FIND OUT MORE 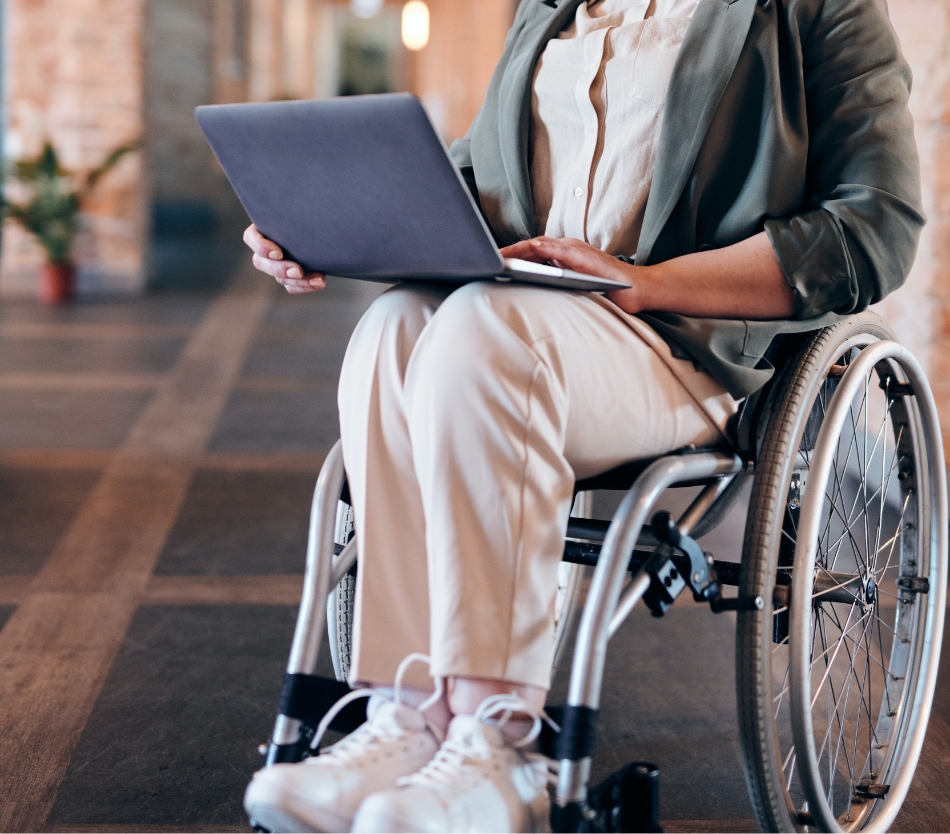 An online community of and for disabled people supporting and helping each other by sharing our experiences.

If you know that there is a certain product that will help you, feel free to browse through our online catalogue or use our search tool for specific product names. National retailers are listed against each product and you can click on their link to go directly to their website to order that product or contact the retailer for more information. Don't forget to tell them you found their information on our site.

If you are unsure about what you need why not try our AskSARA tool to narrow down your search by considering what areas of daily living you need help with.

If you would prefer to speak to someone for advice about daily living equipment, please contact our Helpline on 0300 999 0004.

Our experienced advisors will help you find the solution to your problem and can send you information on products that might help you, where you can buy equipment and other useful organisations that might be able to help you.

You can also post a question on the Youreable forum. it’s free to join the forum and the community is supportive and knowledgeable. The forum is an online community of and for disabled and older people and their families/carers.

Support us by donating

Need to speak to us?